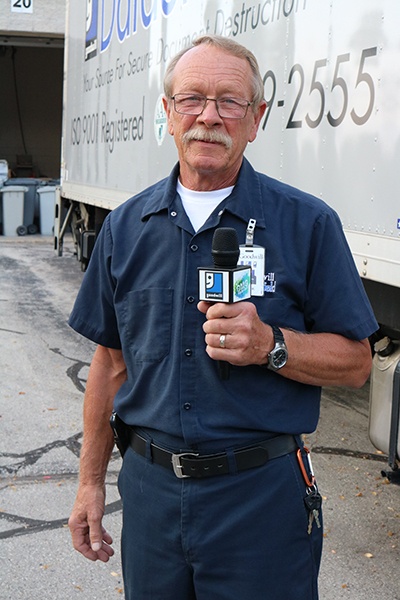 November 10th marked the 242nd birthday of the Marine Corps and we have people like Chuck Rickenbaugh to thank for their service. He was just 17 when he enlisted in the Marines. “School wasn’t the place for me. My home life was chaotic. I thought the military could provide some stability, and it did. You got with the program quickly,” he remarked.

After 12 weeks of boot camp in San Diego, California, he was sent to Jacksonville, Florida for aviation ordnance training. In May of 1969 he was deployed to Vietnam. His primary responsibility was to load and fuse the munitions on the attack jets for the daily missions. On occasion, if the bombs did not detonate, it would be Explosive Ordnance Disposal’s responsibility to locate and defuse the bombs. He shrugs when asked about being afraid. “I didn’t have a lot of fear back then and I didn’t let fear dictate what I did.” He said. “After leaving Vietnam in 1970, his squadron was assigned duty at Naval Air Station Boca Chica, Forida.” The squadron’s duty there was to have jets locked and loaded with missiles as a first line of defense against a Cuban missile strike.

In total, Chuck would spend 4 years on active duty and 2 years on inactive reserve. He credits the military with setting him on the right path. “I was a bit of a wild child. I needed a better path. It taught me to show up on time and do the job well,” he said. We’re proud to acknowledge Chuck and all the other veterans at Goodwill.

November is Military Family Appreciation Month and we asked you to submit stories about your experience with the military. Thank you to all that shared their stories and for the brave contributions and sacrifices that were made during the time that was served!